10 things I learnt touring with the Levellers

The stench of feet, fart and other funk is really rather overpowering when you’re living on a bus together for two weeks. The cacophony is pretty horrendous too; a symphony of snoring, wailing walruses throughout the night doesn’t make for the best night’s sleep ever. And you might think touring is glamorous but I can assure you that getting out of bed and off the bus at 7 in the morning in the freezing cold to look for a toilet is not a glamorous experience at all.

2] The unconditional love of Levellers fans is a truly touching thing.

They are a loyal bunch those fans and they certainly know what they like. Every night I would mind the stall for Stephen Boakes whilst he played didgeridoo on stage and every night fans would whizz by on the way to the toilet or the bar but they would always stop for a brief chat and always as if they had known you for a lifetime. It really did make you feel a part of something bigger than the normal band/fan relationship. And they are such a friendly bunch [the notable exception being the woman who came up to me at Leeds whilst I was minding the stall for Stephen who juggled her not inconsiderable breasts in my face then stopped and announced “Oh you won’t be interested in these at all will you?” then flounced off, visibly aggrieved.]

3] The internet gives me a headache.

Having been kicked out of the venue [because understandably everyone wants to go home] and standing outside the beautiful Buxton Opera House at 1 in the morning in the freezing cold with my laptop balanced on my arm staring at a blue line on the screen that has been creeping ever so slowly towards “your upload is done” for what seems like forever is excruciating and frustrating and maddening. Especially as everyone else is in the pub over the road having a grand old time. Fuck you, internets.

4] Stephen Boakes should have his own film.

Okay, he does have a lengthy extra scene on the DVD but Stephen is an absolute pleasure to be on tour with and, don’t tell him this but he undoubtedly IS as eccentric as Jeremy. Those two together are a joy to behold. He does really deserve his own film. Stephen had brought this book on tour with him that he had rescued from a house clearance somewhere which was a guide to various battles around the country [a subject I admittedly have little, if no interest in whatsoever] and every day he would diligently and determinedly search for the nearest conflict to where we were in the country despite my discouraging noises and complete lack of enthusiasm. File under “Complete character”.

5] We have been to some wonderful venues

Buxton Opera House, London Union Chapel, Liverpool Philharmonic, Bexhill De La Warr Pavilion, Leeds Town Hall and Bath Forum were amongst some of the most beautiful venues I have ever been in. I was blown away night after night by some of the amazing architecture throughout this tour; what a wonderful antidote it was to that slog around those soulless branded mid-sized venues that seem to be omnipresent nowadays. Even if the gig was crap [which it never was as it happens!] the venue was usually a pleasure to behold. Special mention for Liverpool Anglican Cathedral as well when I sneaked off one night to watch the wonderful Tune-Yards!

7] The sound of laughter is a wonderful thing

Listening to the audience laughing at the film, sometimes at moments where you had deliberately played for the laugh and occasionally when you hadn’t, was a completely lovely and rewarding experience. I don’t want to sound all luvvy about this but the buzz of treading the boards as well, even if it’s only to do the Q&A with Jeremy after the film and engage the audience and to hear them roar with laughter and even applaud makes any previous problems from the day seem a lifetime away. A true tonic.

8] At last I suspect we’ve done something good

Admittedly this film was a struggle at times; there were times of self-doubt and times where other people’s doubt brought the whole project into jeopardy but we persevered and judging by the audience’s warm response and their glowing comments afterwards it does genuinely feel that we have created something that throws a light on this amazing band that is revealing, fascinating and funny. And appreciated. Thankfully. Phew!

9] I could edit that film forever

Having sat through the film quite a few times now I am always thinking about bits I would’ve put in that were left out and things I would’ve done differently and things I wished I’d filmed. That’s inevitable I suppose. You’ve just got to move on though. At least we have the DVD with all those deleted/extra scenes to supplement it. [Yes, I’m pushing the DVD quite a lot aren’t I?] 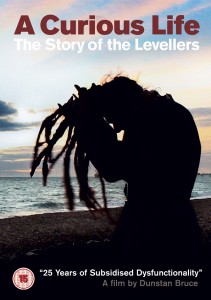 They say it in the film and I believe them. They’ll end up like the Chieftains, being wheeled on stage, gingerly taking up their positions and then still managing to rock out like a bunch of motherfucking teenagers once the music kicks in. I really believe that. It took me about three days to recover from this tour. I was a broken man. They ploughed on regardless. I have nothing but admiration for what they do. And how they do it. I’ll miss them and all their smelly, eccentric, drunken, roguish, lovable charm, I really will…