I was thinking the other day about music documentaries which feature the bass player as the lead character, so to speak. Apart from some preening promo piece about Sting all I could come up with was “Lemmy” (obviously) and the not-so-powerfully marketed New York Doll: The Story of Arthur “Killer” Kane”

I had seen this documentary a few years ago; Arthur “Killer” Kane used to be the bass player for the seminal glam-punk band The New York Dolls, but after losing everything and hitting rock bottom, he found God in the form of the Church of Latter Day Saints. Or Mormonism to you and me. Then thirty years after the band broke up, he gets a second chance to live the rock ‘n’ roll dream when the Dolls reunite for a special one-off show as part of Morrissey’s Meltdown Festival in 2004 in London. 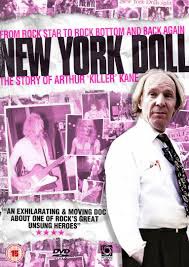 Kane’s story is to some degree tragic, because after the band broke up, he tried but failed to succeed on his own and at one point, tried to kill himself, before finding salvation in the Church of Latter Day Saints.

From narcissistic rock band to being a Mormon; there’s a fascinating story told here watching Arthur go from his new life in the church back to the glam and glitz of the Dolls, seeing him prepare for their big show while dealing with the nerves of playing again. Kane is a giant of a man with a childlike honesty to him that makes you empathise with him but also ask questions about the effect [detrimental or otherwise] of his time in the Dolls and also his current state of mental and physical health. Some of these questions aren’t satisfactorily answered whilst some emphatically are.

New York Doll includes some great archival footage of the band, as well as interviews with those who were around and about at the height of the Dolls’ fame. It is in fact a tad too celebrity-heavy for my liking; it’s far more interesting to hear Arthur’s elderly co-workers at the Mormon Church talking about him in such a different way, not knowing his previous life of debauchery.

Greg Whiteley’s documentary bounces back and forth from the past to the present; particularly effectively when combining live footage from then and now. There is a tragic epilogue to this story, but it’s emotional to watch Kane have the chance to reunite with his band, and this is a heartwarming documentation of that journey.

And there you go; I’ve accidentally written a review of it. I do totally recommend it and watching it again I can see how I’ve even been influenced by it in making A Curious Life. I might even start referring to Jeremy as Jeremy “Killer” Cunningham from now on… 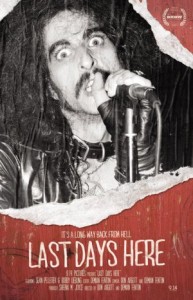 easier to think about and more subjective and less definitive. It makes life easier as well I suppose as any conclusion I come to I can’t be proved wrong because it’s just all about me!

So in no particular order and really and honestly off the top of my head my favourite music docs are: 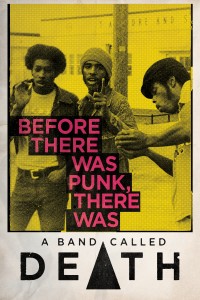 forgotten, in fact I would pretty much watch any music doc and manage to get something out of the experience but this list – my list – is all about the human condition in one way or another.

I would recommend all those documentaries because they talk to us about more than just music and they feature the eccentrics, the survivors, the outsiders, the underdogs, the lovers and the fighters. I love them all and each one inspired me in different ways. I’d look them up if I was you.

Always a touchstone for me is “Would Daisy Asquith watch it?” in that I know Daisy has no interest whatsoever in music documentaries because they’re usually, as she says, “Full of boring blokes blahhing on about boring blokes”. And she’s right. Most of them are.

In making this A Curious Life I have tried my damnedest to make a documentary that tells us more than dates and albums and recording techniques and ever-changing line-ups. I’ve tried to tell the story of Jeremy Cunningham; a man who has battled with demons but 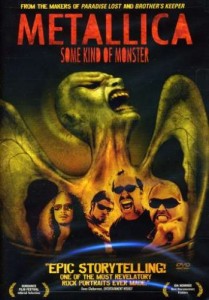 never lost his desire, his urge to create, and his need to say and do something meaningful. From the first day I filmed with Jeremy, when he told me to get out of his seat on the tour bus to now I have loved every moment in his company. I just hope now that the rest of the world will too…

A Curious Life is a feature documentary telling the story of the Levellers via the eccentric artist, archivist, whiskey loving bassist Jeremy Cunningham’s world. 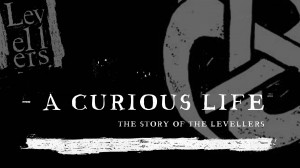 We’re very excited to announce the film, and it’s been brilliant to see how much interest there has already been in the project. To keep you all updated on the film’s progress, we’ve started a blog! Make sure you’re following us on Twitter, for all the latest news about A Curious Life.

In this first post, the film’s director, Dunstan Bruce, explains how the project came to fruition…

In November 2010 I was invited to go and film with the Levellers, who were about to embark on a tour for the re-release of their first album, “A Weapon Called The Word”. I was asked to do what Steve Farris in the Levellers’ office called a “blogumentary”, which entailed filming (some or any of) the band each day, editing the footage at night then posting a 5 minute film the next day on YouTube.

As a former member of Chumbawamba I had toured with the band back in 1993 in what was a fantastic experience. Now I was filming them on a day-to-day basis and getting to know them all over again. It was an intense but completely rewarding experience (apart from my first encounter with Simon who embarked on a drunken 20 minute rant about his role in the band, the tour they were currently on, the sleeper bus and the inadequate rider which was all caused by the Xbox on the bus not working!).

These short films appeared online throughout the tour and the immediate feedback suggested that there was one character fast becoming the people’s favourite because of his humour, his ease in front of the camera and his downright eccentricity. Jeremy, bassist of the band, was emerging as an absolute star.

I carried on working with the band, producing promotional videos, DVD extras, films to show before their live performances, adverts for tours; in fact anything and everything that the band needed something visual for. As I was spending so much time with the band I asked whether the band would be willing to take part in a documentary that I would direct and produce. They were up for it so I started work on what was to become A Curious Life, Dandy Films’ second music documentary.

Three years later the film is all but finished. What started off as an attempt to explore how the Levellers have stayed together for so long turned quite quickly into a film about Jeremy Cunningham the archivist, the historian, the artist, the bassist and the conduit for telling the story of the band and all their ups and downs and their ultimate survival over the last 26 years.

The film is about 80 minutes long now and will see the light of day sometime in 2014 when eventually the world will get know the real stars of the film; Jeremy’s parents Brian and Sheila Cunningham. Hopefully it will be worth waiting for…